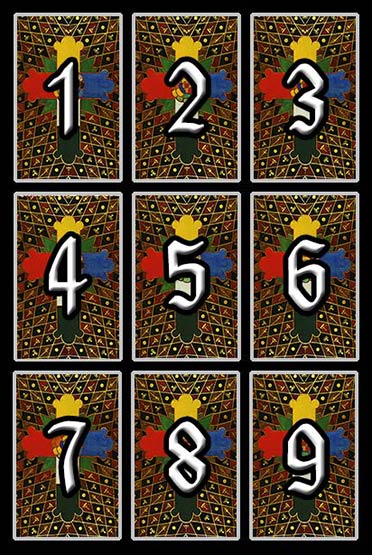 The Prince of Disks represents the airy part of Earth, indicating the florescence and fructification of that element. The figure of this Prince is meditiative. He is the element of Earth become intelligible. In his left hand he holds his disk, which is an orb resembling a globe, marked with mathematical symbols as if to imply the planning involved in agriculture. In his right hand he bears an orbed sceptre surmounted by a cross, a symbol of the Great Work accomplished.

A steadfast and per severing worker, he is competent, ingenious, thoughtful, cautious, trustworthy, imperturbable. He constantly seeks new uses for common things, and adapts his circumstances to his purposes in a slow, steady, well-thought out plan. He is lacking almost entirely in emotion. He is somewhat insensitive, and may appear dull, but he is not; it so appears because he makes no effort to understand ideas which are beyond his scope. He may often appear stupid, and is inclined to be resentful of more spiritual types. He is slow to anger, but, if driven, becomes implacable. 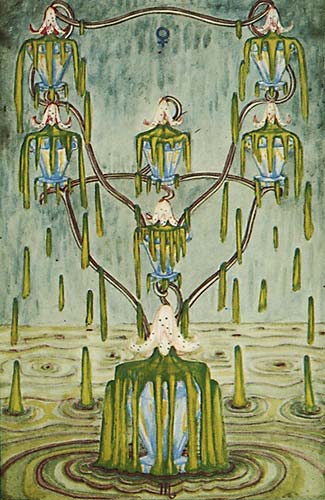 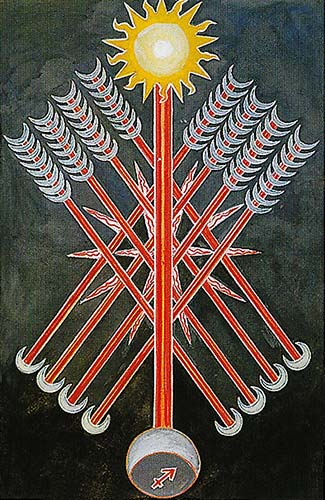 The moral qualities appropriate to this figure are swiftness and strength. But he is sometimes inclined to act on impulse; sometimes easily led by external influences; sometimes, especially in trifles, a prey to indecision. He is often violent, especially in the expression of an opinion, but he does not necessarily hold the opinion about which he is so emphatic. He states a vigorous proposition for the sake of stating it. He is in fact very slow to make up his mind thoroughly on any subject, but always sees both sides of every question. He is essentially just, but always feels that justice is not to be attained in the intellectual world. His character is intensely noble and generous.

He may be an extravagant boaster, while slyly laughing both at the object of his boast and at himself for making it. One of his greatest faults is pride; meanness and pettiness of any kind he holds in infinite scorn. His courage is fanatically strong, and his endurance indefatigable. He is always fighting against odds, and always wins in the long - the very long-run. This is principally due to his enormous capacity for work, which he exercises for its own sake, "without lust of result".